Last post by Aurora Borealis - July 17, 2019, 07:51:00 pm
Thank you! I wasn't aware until recently that Longhorn-tan, Odyssey-tan and Neptune-tan continue to be drawn, but they're usually seen with each other. The characterization I put for Odyssey-tan and Neptune-tan being resentful towards the XP-tans that replaced them isn't based off of any pictures, but just how these OSes were abandoned and replaced by what became among the most popular Windows OSes ever. I've seen a few pictures of Odyssey-tan with 2K-tan. They're also sometimes seen with 97-tan.

There's one picture I've seen of Longhorn-tan and Vistan together. It's just one, but it's possible to think that Longhorn-tan might not be resentful towards Vistan.
42

Last post by stewartsage - July 17, 2019, 05:53:22 pm
Excellent work, Aurora!  Is there still much being done in the community with the unused or developmental Windows builds?
44

Last post by Aurora Borealis - July 14, 2019, 11:33:58 am
I'm bringing this back, because I've resumed with completing character bios for this project, which I hope to see be as complete as it can get, since it now has a continuation, which was first suggested here: https://www.ostan-collections.net/forum/index.php/topic,1807.0.html

So much has changed over this decade! The Annex Project was started in 2006 and a some bios may only be applicable until then, or until earlier in the 2010's at the latest. New bios should be written for characters who have undergone a lot of changes, such as a change in faction.

There are some other bios I added or updated recently, but I may need to double-post at times to avoid going over the character limit.

Quick Facts:
-Is bold, energetic, and is very loyal to her friends, but can be aggressive and ruthless.
-The youngest of the 8-bit Commodore-tans, and never officially served in the Commodore Fleet.
-Her existence was only known to Commodore 128-tan, who assisted with her training.
-Was exiled from the Commodore Fleet in 1991, and later became a pirate, and talks like a pirate.
-Was a long-time enemy to the other Commodore-tans except for C128-tan, since the others thought she was a bootleg.
-The truth about her not being a bootleg, and her being welcomed by the rest of the Commodore-tans happened around 2010 when C128-tan explained the truth.
-Used to wear a sailor uniform as a Commodore Fleet cadet, but dresses in a blue and white pirate uniform with rainbow accents, a tan bandanna and a tan ascot.
-Wields a large cutlass.
-Suffered several near-death experiences, but became well-off from piracy and mercenary work.
-Her closest friends are Macintosh System 3.4-tan and Windows 3.2-tan, who she saw as fellow odd ones out from their families.
-Remains a wanderer because she doesn't want to leave behind the friends she made, and to not lose her livelihood.

Quick Facts:
-A prototype Windows version, was meant to be the first NT-based Windows-tan for the consumer market.
-Resentful towards XP Home-tan for taking her intended role, which led to her abandonment.
-Usually seen with Odyssey-tan and Longhorn-tan.
-Has a stoic and serious demeanor.
-Has long green hair in pigtails, and is almost always seen wearing a red visor.
-Wears a black sleeveless qipao with blue accents, and large red bracelets. Has a red talisman around her collar, and has mechanical headpieces.
-A very tough and skilled survivalist. Wields a large trident as her weapon.

-A prototype Windows version, was meant to be Windows 2000-tan's successor, but was abandoned.
-Resentful towards XP Pro-tan for taking her intended role, which led to her abandonment.
-Similar in appearance to 2000-tan, has short blue hair, but with long bangs framing her face, and wears a red headband across her forehead.
-Wants to be friends with 2000-tan.
-Has a pair of floating gold wings, and has a gold halo above her head.
-Wears a light blue dress with puffy sleeves, black and white accents, and wears a white ascot.
-Usually seen with Neptune-tan and Longhorn-tan.
-Is somewhat shy and socially awkward, but likes to express herself.

In more recent group pictures of Odyssey-tan and Neptune-tan, they've been shown with Longhorn-tan a lot, suggesting that there is still a separate Longhorn-tan, and she was not dropped out of the continuity when Windows Vista was announced.

Quick Facts:
-Has three modes she can switch between: VT-100 mode, CP/M mode, and MS-DOS mode. Her VT-100 mode is more stoic and was utilized when on duty in the DEC Military.
-The lone home computer of the DEC-tans.
-Never got promoted above cadet rank in the DEC Military. She mainly served as a cadet under VMS-tan's division, but felt like her skills were being underutilized.
-Served as the ambassador of the DEC Military to the Microsoft-IBM Family, but wasn't very good at it.
-Has ambivalent attitudes towards MS-DOS-tan and PC-DOS-tan since she wanted to be like them, but still saw them as her rivals.
-Is a great multi-tasker, likes to write and draw. Is usually carefree, but can still get competitive.
-Relies on her resourcefulness and cleverness more than raw power in combat.
-Wears her old DEC uniform jacket with frilly dresses and colorful hair ribbons.
-Can manipulate light.
-Friends with Amiga, Windows 1.0, DR-DOS, TOPS-10 and TOPS-20.
-Was in the CIOST for a while, and left to be a wanderer again, but kept the friendships she made in the CIOST.

-Is hot-blooded, boisterous and cheerful, but is stubborn and single-minded.
-Was created specifically to continue the AppleShare role started by Macintosh System 3-tan, and took pride in this role, specializing in communication, networking, and sharing information.
-Is physically weak, but has telepathy and strong telekinetic powers.
-Is Macintosh System 6-tan's twin sister. (System 3.4 used the same Finder version as System 6.0.x) They never competed over who would lead the Mac-tans while they were both current because they had different roles.
-Left the Mac House in 1992. Refused recruitment from the Vintage Federation, had clashes with some of its members who tried to recruit her, and believes that joining them would be giving up.
-Is a traveling stunt performer and carnival ringmaster who uses her success to encourage and inspire other vulnerable wanderers to persevere over the odds against them, and seeks more of them out as allies.
-Her closest friends are Commodore 65-tan and Windows 3.2-tan. The three of them are usually seen together, and met in their early years as wanderers.
-Suffered several near-death experiences, and struggled to survive for years as a wanderer, but became well-off and defied the odds against her.
-Wears a grey frilly blouse and blue skirt with ballet shoes.
-Keeps her hair tied in long, forked pigtails tied with red ribbons and decorated with hairclips. Has large, winged sunglasses with colored panels.

-Has a disgruntled, and stoic demeanor, but can show a caring side.
-Is a gunslinger, and usually carries multiple guns with her, with one of them being an assault rifle.
-Is highly adventurous, and is an inventor, but has a questionable track record with her inventions and expeditions. (7.5 added a lot of features, but wasn't very stable, and was the basis for the OS of the Pippin, which wasn't commercially successful)
-Has long blonde hair with a large cowlick and a "7.5" hair clip.
-Wears a long blue dress with a white vest, combat boots and window bar-style armbands.
-Disappointed in herself during the OS Wars, she left as a wanderer to continue her life as a wandering vigilante, or mobster, depending on who you ask.
-Occasionally visits the Mac House, and quickly got along well with Mac OS 9-tan since they first met.
-Maintains a rivalry with Windows 3.1-tan, but they also have some respect towards each other.
-Gets along well with the OSX-kuns, but is willing to enforce punishment when needed.

Last post by Bella - July 13, 2019, 01:47:40 pm
Dear lord, I forgot about that SCPSYS sketch. Glad there's a personality and a more fleshed out design for her after all these years! 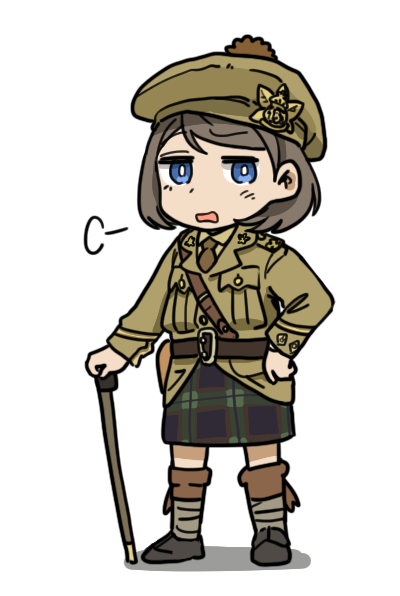 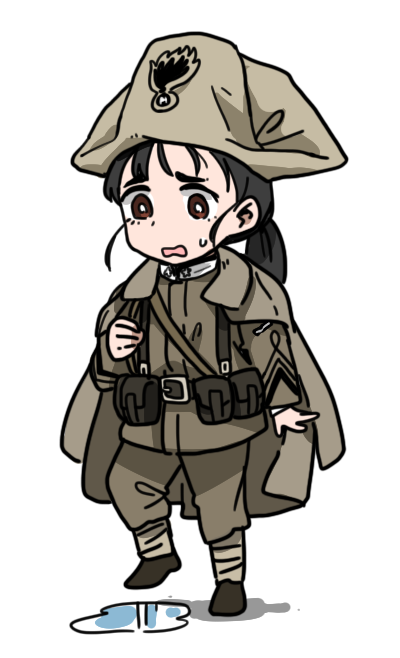 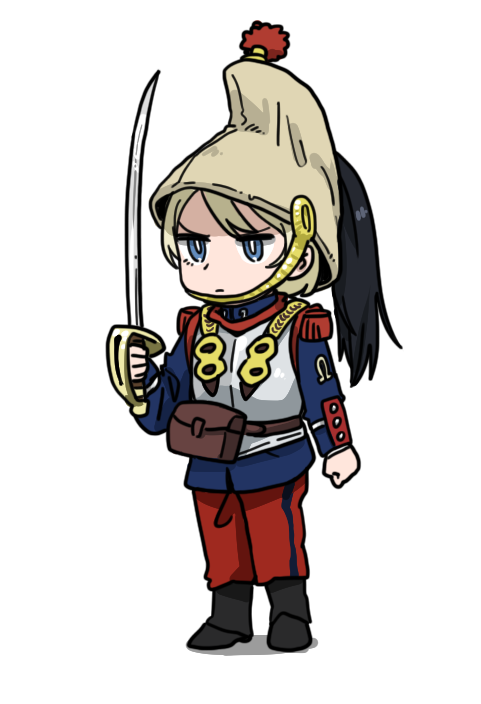 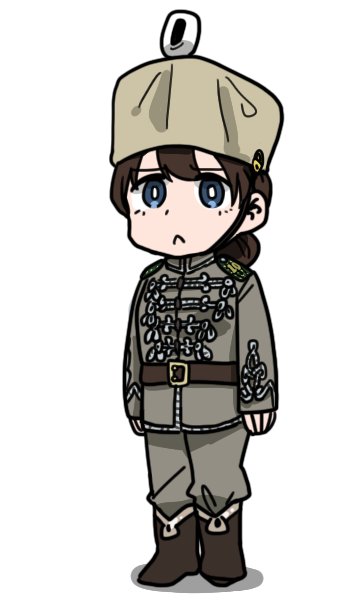 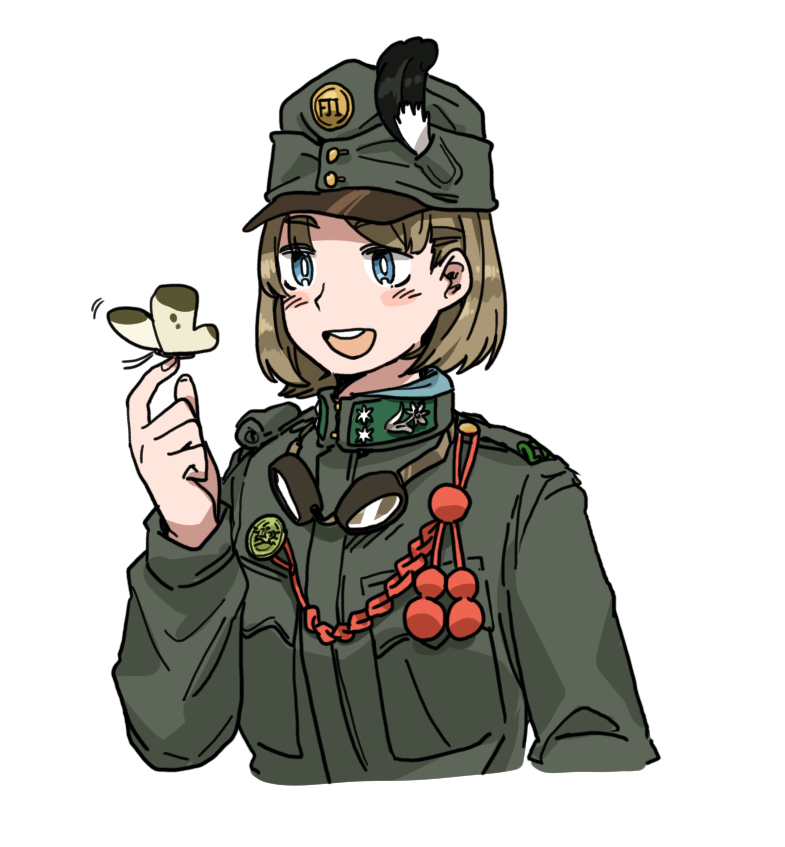 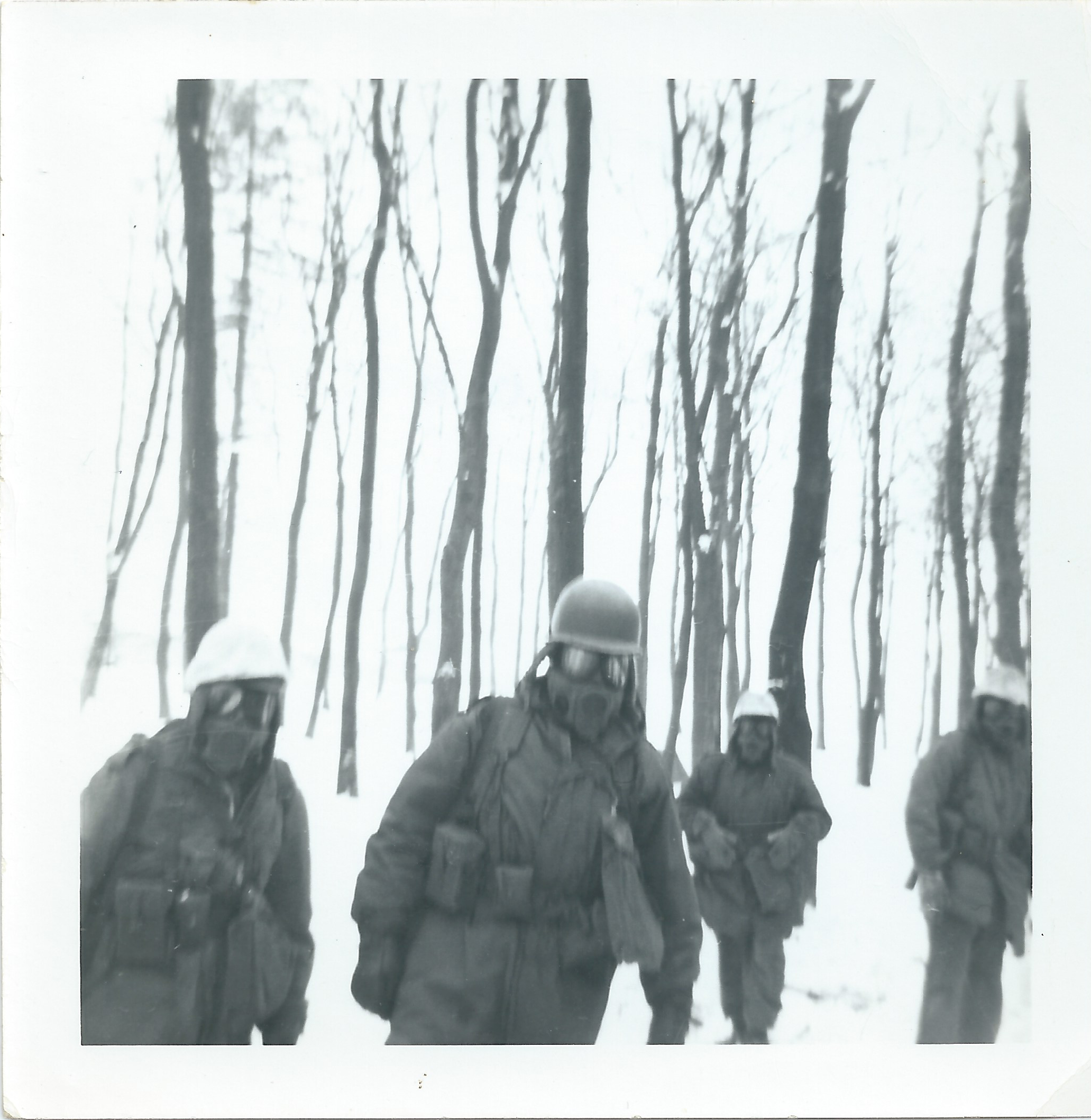 From my picture collection.
48

Last post by stewartsage - July 08, 2019, 06:38:41 pm
It's the "oh I forgot to ever complete an OS-tan" post!  In the meantime, I found an amazing document from SCPSYS' creator, Donald C. Amoss that's really given me more to work with.  There's also a new IAS Machine because there aren't enough of them already.  There are a few more of them in the works.

SCPSYS-tan: AKA SCoPe SYStem-tan
-Extremely cheerful, friendly, somewhat aggressive, including about her intellectual capacity. (LINC Assembly re-written for PDP-8 architecture)
-Watches a lot of TV, makes her own educational programming (designed to have a CRT display for easy accessibility)
-Has a disdain for electrical engineers, having been forced to teach basic level programing for years.
-Feared "erasure" for years, after being nearly killed by several careless students (Being on one DECtape reel made it easy for careless students to really screw up her system)
-Quick on her feet, enjoys running (system speed was one of her big advantages)
-Status: Alive, in deep hiding to avoid being erased.

Physical: There is one concept sketch of SCPSYS; she's kind of like a sunburnt, shorter LINC.

NAREC-tan: AKA NAval REsearch Computer-tan
-ORDVAC-tan's only daughter, first granddaughter of IAS Machine
-Technically a secret agent, mostly does math for the scientists. (Built for eavesdropping passively on the Soviets via moon reflection; seldom used for that)
-Expert on stars, loves telescopes and amateur radio (Used to bounce signals for Navy communications off the moon and do radio astronomy)
-Don't look at the moon.
-Cannot stand too close to microwave or other radiating devices without suffering severe memory loss (NAREC would have its data blanked by a nearby radar dish every so often)
-Builds rockets for fun.
-Knew where satellites were by instinct (used to develop satellite tracking)
-Was once a friend to SAGE (helped do Navy calculations for SAMs)
-Status: Deceased 1972

Physical: Looks similar to ORDVAC but with dark blue hair.  Tends to wear lots of crystal and gem jewelry (helped pioneer the math for x-ray crystallography).

References: 50 Years of Army Computing: From ENIAC to MSRC, Pushing the Horizon: 75 years of High Stakes Science and Technology at the Naval Research Laboratory

General Anime and Manga / Re: What anime are ya watching...